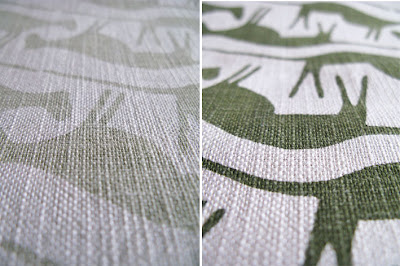 Texture secrets
Thanks for all the nice comments yesterday about my Sevilla Rock cushions, made up in the upholstery fabrics (and soon to be available as yardage, promise!). A couple of you asked about the texture of the prints, so I thought I’d reveal my secret, which is nothing more than a happy accident, but one I plan to repeat! 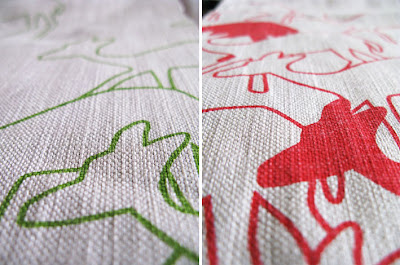 As you can see in these pics, the screenprinted part has an unusual texture. Normally, screenprinted designs look like flat ink on top of fabric, but here the ink looks sunk right into the basecloth, almost appearing to be woven in. 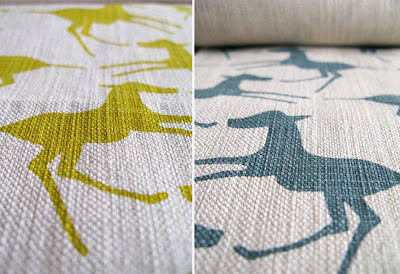 The way this happened was that I originally had these printed onto white basecloth, but when they returned from the printers, I thought they looked really brash. Also, I reckoned that there are very few people in the world who can cope with white upholstery fabric, so I decided to get them overdyed. 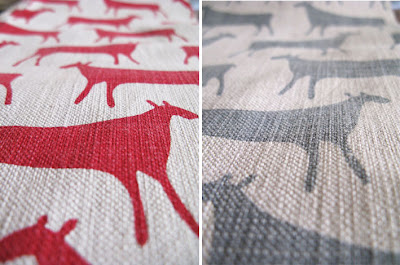 Of course, this was a bit nerve-wracking, as I had no idea how they would turn out, and the dyers were a bit apprehensive too! But the colours worked beautifully, and the additional side-effect of some of the the screenprint being worn away by the dying process has made the fabrics marvellously textural. 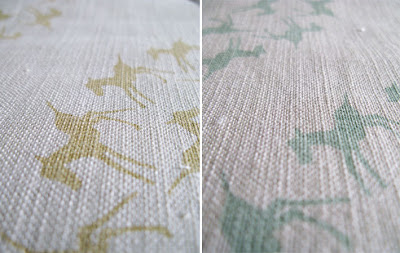 If I ever re-print these, I’ll be sure to do it in this back-to-front order again, and hope the results are as good. But I know, I know – in order to reprint them, I must first sell ’em! So keep an eye on this blog, my shop (and now, for my sins, my Twitter), and I’ll be selling yardage before the week is out.