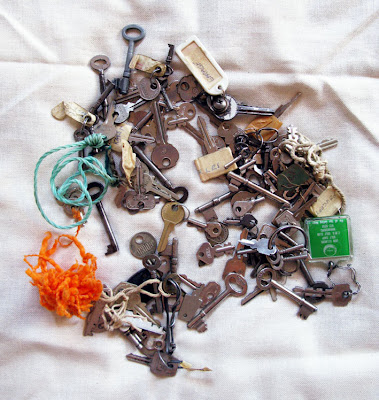 Keys from Beryl
The interesting thing Beryl had for me was a whole drawerful of keys that she’d accumulated over the past almost-80 years of her life. She didn’t want to just throw them out, and she thought I might like to make a design with them.

I haven’t done anything designey with them yet (although I do have some ideas), but in the meantime, I keep taking them out to arrange them in groups and patterns, and to pick out my favourites too. 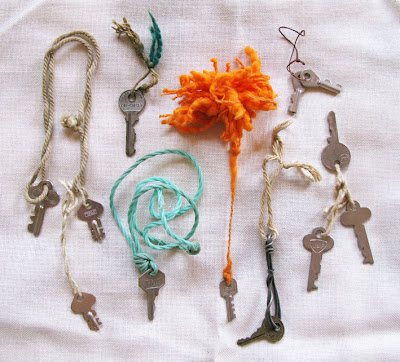 Beryl and I looked at the keys and talked about them for quite a while. A big pile of discarded keys is pretty interesting really. A key is all about access and enabling, but when separated from its lock, it becomes a pointless, baffled object. Still, it retains some potential for change and discovery, so it’s not an easy thing to throw away. Some of Beryl’s keys still retain clues about their erstwhile function, and some have gained different meaning through their stories. 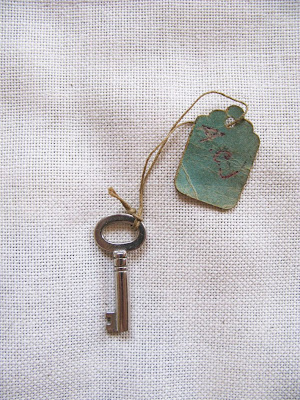 This key was the shiniest one in the whole pile, but has probably been used the least, as it belonged to Beryl’s brother, who died when he was just 19. His initials are still on the tag. It’s the saddest key, I think. 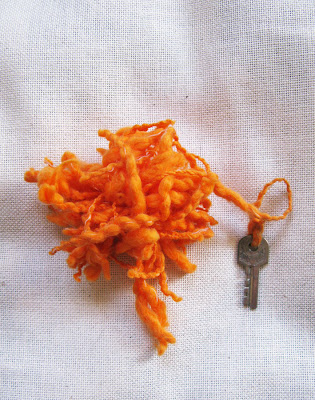 It’s not a very interesting looking key, but the story about this one made me chuckle: When Beryl’s grandkids were small, she gave them a lock for their bikes, and put a bright orange pom-pom on the key so they wouldn’t lose it. The way she tells the tale is that eventually the bike got stolen, lock and all, and so in the end, the only thing left of the bike was the pom-pom and key. 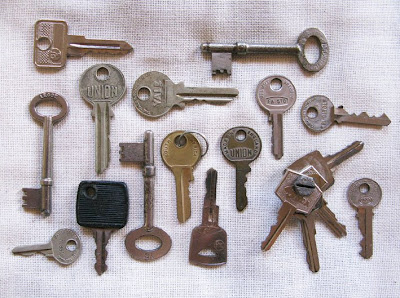 Some keys look just like all the keys we handle every day, in our car, at the front door. We don’t really pay much attention to the way these look. 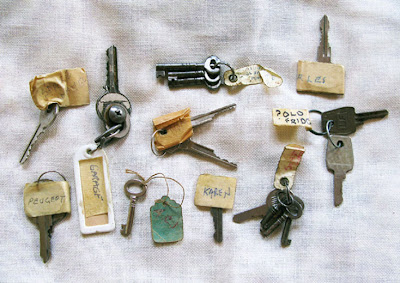 These functional keys all had their owners’ names and their purposes tagged to them, like “old fridge”, “spare tyre” and “Karen”, so they were once pretty important, but now their purpose is lost in time. That little set of three in the top row has Beryl’s childhood address in England on the tag. They look like keys to the dining room dresser to me. 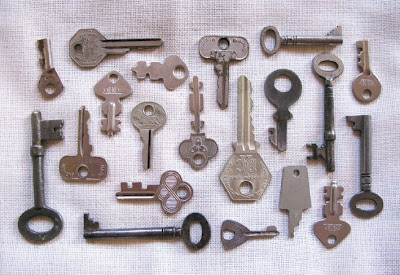 Other keys are shaped and decorated so beautifully that their looks have become their main function, and they’d be very hard to throw out. 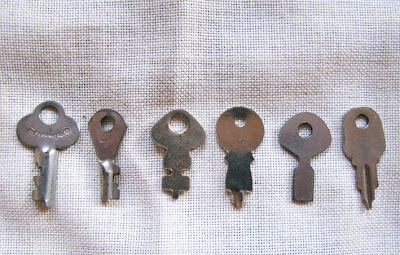 And some keys are oddly blank – hardly keys at all. 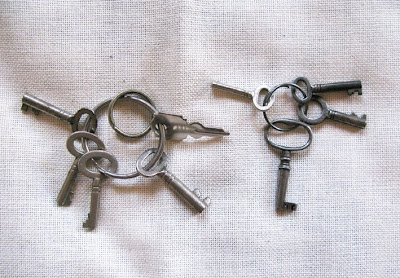 I like the old keys best. These must have once been for opening sideboards for candles and the good linen, winding clocks at the start and end of the day, and unlocking the piano for an evening singsong. 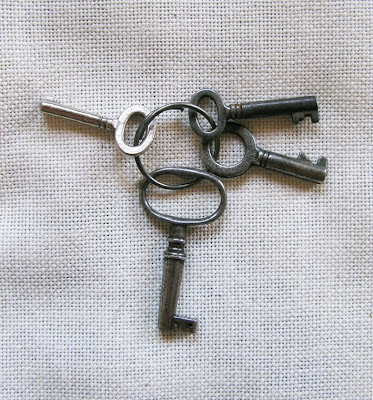 The big key on this ring is my favourite. I’ve put it on a long chain with my Petal pendant, and love to wear it. I wear one of the others on a chain with one of Chloe Essary’s little heart pendants too. Makes me think of this Uncle Tupelo song every time. 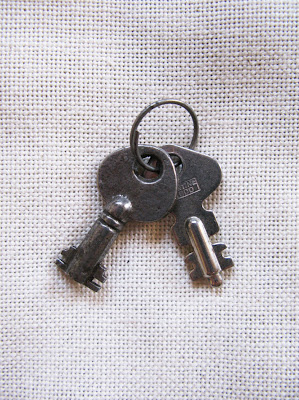 I haven’t done much more than photograph and blog about Beryl’s keys, but I’m glad that by giving them to me, she managed to unlock some kind of new life for them, and I’m also glad we got to meet up.

Thanks, Beryl, for all the inspiration. I’ll be in touch about worms soon!

32 replies to “Keys from Beryl”