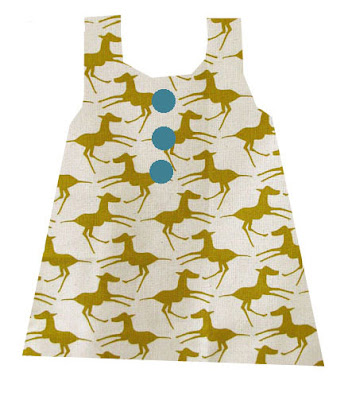 Do what you like!
When I first listed my Sevilla Rock yardage on Etsy, I was convinced I’d be making lots of cushions, bags, purses, etc etc, to sell, so I marked the item as *For personal use only. Items made from this are not for resale* or something like that.

Well, e.v. of IsGood sent me a link to an article that set me straight on that one, and after some heavy tweeting about it with Michelle and Jan, I came to see the error of my ways, and so now it’s a free for all! I’ve lifted my (rather puny and ineffective) restrictions, and you can make and sell aaaanything you like with it, like a little dress, or a handbag… 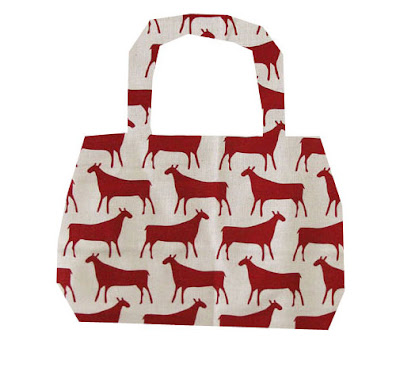 Or even a pair of zooty-toot pants, I suppose. 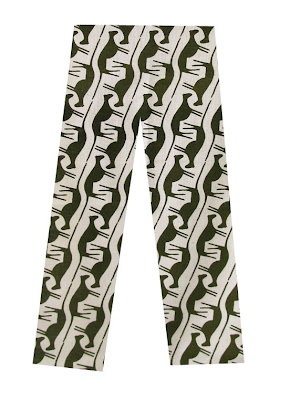 But if I could just draw the line somewhere, would you mind holding off on the upholstery-weight underpants? It’s not good for me, or for you. Trust me. 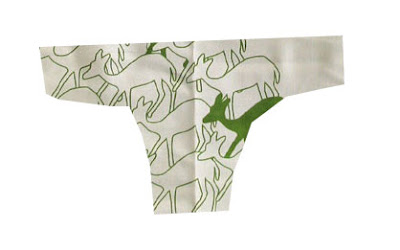 Happy weekend, all. If the weather holds up, I’ll be selling at the Neighbourgoods Market.

Welcome to our new store! Dismiss